I could title this an escape into teacups. Autumn always brings the appeal of a drawing project on the blog – a month of penline drawings or flowered objects from the V&A. This year, more than ever, I want to refocus my mind away from the incessant and scary election palaver.

So, sourced from the Internet’s byways, I offer a selection of teacup encounters, planning to share them till Tuesday the 8th. (And daily on Instagram.)

Rather than fretting about what’s next in my real work (or for the country), I’ve loved being absorbed in thoughts of these comforting objects, as I sit under the circle of my desk lamp with pen, watercolors, and tea to hand! 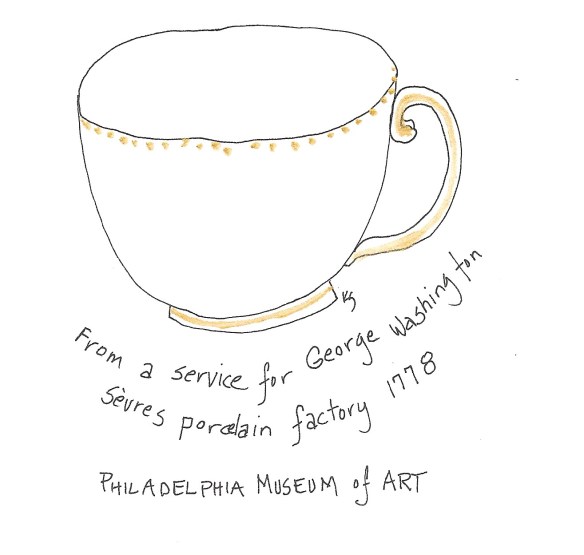 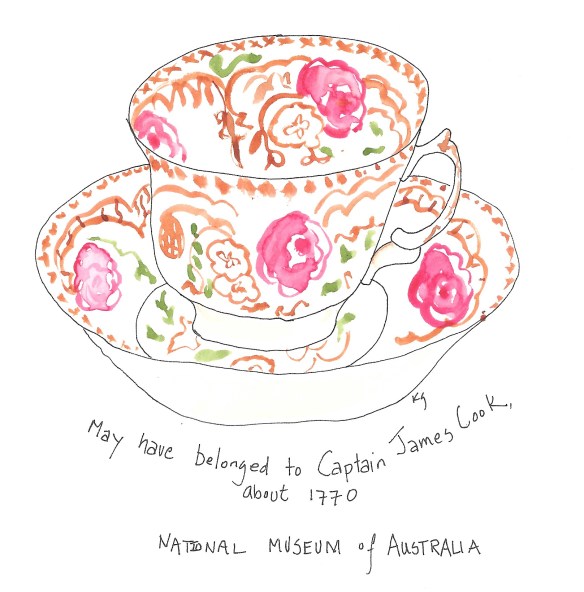 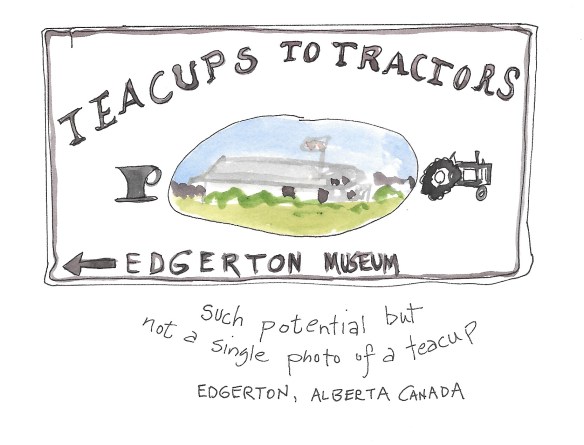 Today, thrown against the house by wind from the south, rain pours down. In the middle of two storm systems, I’m grateful to be home, enjoying each and every lamp lit against the gloom, relishing a warm house, and all the easy comforts of electricity – knowing a power outage could darken us at any time.

Yesterday, having business on Bainbridge, (last Thursday by the time this reaches “Her spirits rose…,”) I left home early and spent the day in the car listening to the news cycle, and found myself in tears more than once.

That morning’s announcement of the death of Thailand’s beloved King Bhumibol colored my thoughts. I knew the Sweet Bride would be so sad, I kept thinking how she, and even her mother, had known this good king their entire lives. As I drove, BBC told stories of his benevolence and concern for his people, a kind and respectful leader.

And then closer to home, the ongoing, orange-tinged insanity continued. Offensive is much too mild a word to describe the disrespectful spewings of venom toward other human beings by the Republican nominee. We have endured this for months, but this day reached the nadir with revelations by his victims.

By midday, bits and pieces of Michelle Obama’s heartfelt, furious speech began to be broadcast. I want to link the whole thing here, because Michelle put into words what we felt, both her disgust at what’s happened and her belief that “real men, strong men” don’t do this. FLOTUS’s speech in New Hampshire.

Listening to the whole speech, I realized that even in her anger, she left me with hope as she described her involvement in the U.S. Government’s initiative to insure education for adolescent girls around the world – “Let Girls Learn.”

I keep picturing Michelle at the podium literally pushing up the sleeves of her navy-blue sweater as she spoke of her hopes for young women (some of their smiling young faces in the audience) – making us want to protect them (and all children) and help them, never, ever disrespect them.

The Nobel Committee also lifted me up that day. The car echoed with the music and memories stirred by the selection of Bob Dylan to receive the Nobel Prize for Literature!

The honorable King Bhumibol, Dylan, and Michelle Obama. I want to fill my mind with their lessons, encouraging us always to “Go High”!

The Cambridge Research professor Brian R. Little, author of “Me, Myself, and Us: The Science of Personality and the Art of Well-Being” asks about our personal projects – how many we have and what they are.

Since the 1980s, Little has studied “trait psychology,” which looks at patterns of behavior, thought, and emotion, and he specifically peers through a lens of personal projects. For him these projects must have “personal saliency” – be significant for the individual. He finds people “typically report that they are pursuing about 15 personal projects at any one time.”

I read about Little’s book in connection with creativity, and was curious about his use of projects to define us. His book sometimes employs obscure (to me) words where simpler ones might do, but I reread and made notes to try to comprehend the chapter “Personal Projects: The Happiness of Pursuit.”

Little writes: “Personal projects are the things we are doing or planning on doing in our everyday lives. Personal projects can range from routine acts (e.g. ‘put out the cat’) to the overarching commitments of a lifetime (e.g. ‘liberate my people’). They may be solo pursuits or communal ventures, self-initiated or thrust upon us, deeply pleasurable or the bane of our existence. As our personal projects go, so does our sense of well-being.”

This might fall into the category of “duh” – that modern catch-all for the obvious (yes we do feel better when we get something done), but his ideas expand my list of core (really important to me) projects to include things I wouldn’t have thought of as projects. People differ in their reaction to the word “project,” but it’s interesting to think about what affects our sense of well-being.

My husband and I had a good time comparing lists when we went out to dinner the other night. Because Little devotes a chapter to personality and environmental preferences, I was curious about where my husband needed to live to support his core list. And, while making my list, I realized lists change over time, 10 years ago mine was very different.

The meaningful project and the easily done project have different effects – the latter alone is insufficient to assure well-being (too bad given how often I let the cat out), and meaningful projects tend to be complicated and harder to complete. Not surprisingly, Little says, “Well-being is enhanced when both efficacy and meaning are experienced within the same projects.”

Tangling with Little’s book is a project – but a rewarding one.