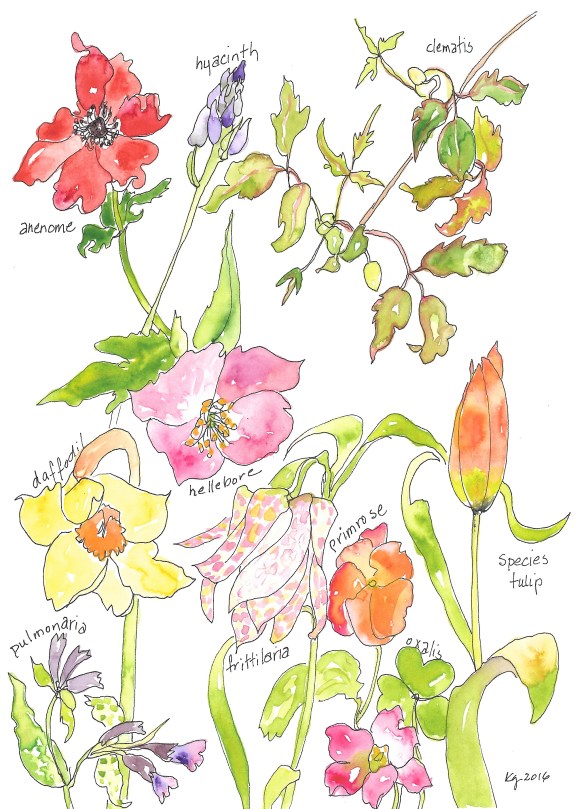 Lately I’ve been longing for another Ferrante or Knausgaard experience, that long abandonment of present to the narrative world. A hefty and engrossing biography, Georgina Howell’s “Gertrude Bell: Queen of the Desert, Shaper of Nations,” satisfied.

Born in 1868 into a wealthy family from the north of England and one of the first women educated at Oxford, Bell – mountain climber, explorer, historian, archaeologist, writer, linguist – became one of those redoubtable English women of the 19th Century who broke with convention. The Victorian era began to crumble in her lifetime, spurred in part by women who, in spite of still wearing long, tiny-waisted dresses and big hats, began to agitate for education and freedom from male supervision.

Bell’s greatest renown comes from her journeys in Arabia, adventurous by any measure as she crossed empty deserts, explored ancient historical sites, and got to know chieftains of nomadic tribes. Her travels ring with names now sadly familiar in a modern context.

Because of her deep knowledge of the Middle East, Bell took part in the historic negotiations after World War I and the end of the Ottoman Empire, which imposed borders on ancient peoples and lands (a contribution not without controversy). Part of the fascination of the book is to read now about a time before these nation states.

To people back in England Bell probably seemed just a spinster, but Howell uses Bell’s rich letters to weave into her story the two, ultimately sad, but passionate romances of Bell’s life.

We travel so lightly nowadays with our easy outfits, roller bags, and airplanes – the two-page listing of what Bell took on one of her expeditions boggles the mind. Howell writes of a 1913 expedition: “She would take plenty of luggage this time and be ready for anything. First, there were her two English-made tents, one for bathing and sleeping in, one for eating and writing, both with a loose flap that could be tied back, laced shut, or used as a shady canopy. She ordered more of the skirts that she had designed with her tailor for riding horses in the Middle East: neither side-saddle habit nor breeches, but an ankle-length divided skirt with an apron panel. In the saddle, she would sweep this backward and gather the surplus material behind her and to one side, where it looked in profile like a bustle. When she dismounted, the panel fell around her like an apron and concealed the division. She bought lace and tucked-lawn evening gowns for dinners with consuls and sheikhs, for sitting at a dining-table at an embassy or cross-legged on a carpet in a tent.”

There’s more, lots more on her list, from a caseful of shoes and boots, candlesticks and linen sheets to a crate of revolvers.

What a life she lived – and what a great pleasure to read Howell’s book about it. 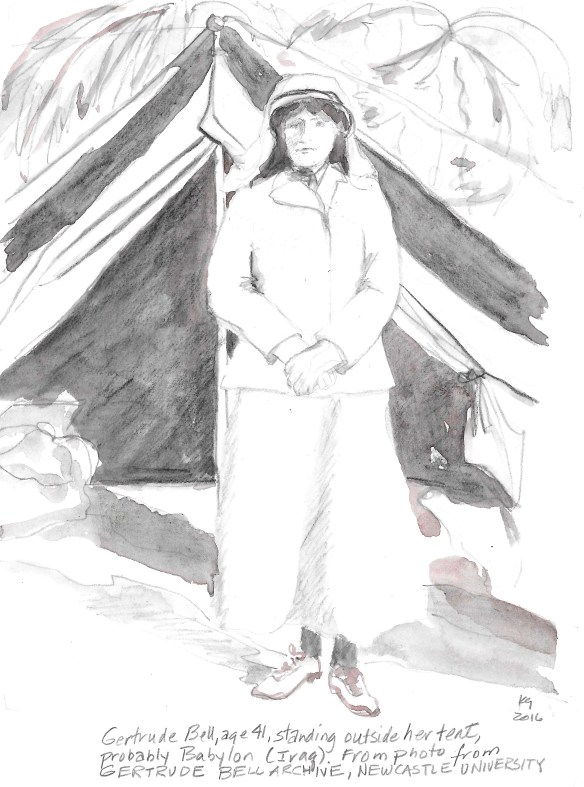 When Downton began in 2011, I hadn’t figured how to write about my family – or if to write. But then, during Lady Baby’s first January, the Crawleys and their staff gave me ideas.

Looking back at that first Downtown Abbey post, I remember the old days of Barrow and the evil housemaid – how things have changed! But Lord Grantham’s words about living “our lives around our children” still ring true.

I also see the comments on that first post, and I’m grateful to readers who have followed Downtown Abbey stories all these years – the exploits of Lady Baby, the Sweet Friend becoming the Sweet Bride, and the birth of Sweet Baby! Through the years the Lords Cromwell and Wolsey thrived. Sadly, Lady Megan died, but Lady Winifred, a lovable, scruffy character from bush Alaska joined the family. It seemed appropriate when Mr. Carson and Mrs. Hughes married on the show, because our Mr. Carson and Mrs. Hughes had always been.

Old Downton scenes come to mind – the Turkish diplomat’s body being carried out, Sybil’s saddest of deaths, and Matthew’s – a shock ending for that season. Days being planned at civilized breakfasts. The interventions of Aunt Rosamund and the thought of “going down to London.” Scenes replete with always-polite formality – a respite from so much on offer.

Downton chronicled eventful years – small changes like toasters and record players – and momentous ones like war, and voting and careers for women. Occasionally the plot threads irritated – Bates and Anna and the police with so many frowny faces, but most satisfied even if improbably (Matthew’s condition being just a bruise!).

No one was ever more pompous than Carson – except sometimes Lord Grantham. Oh, but remember when he kissed the maid! (I have a photo of our Mrs. Hughes taken at the moment when that happened – tiny Lady Baby in her arms, disbelief on her face.)

And I will miss Lady Grantham’s zingers, and her prickly friendship with Mrs. Crawley. I used to love the encounters of her maid Danker and the butler Spratt – those faces! How clever to make Spratt an advice columnist at Edith’s magazine.

And the clothes, flapper dresses and wedding gowns – and the house itself – luscious red sofas in the library, livery, china, and linens. In all six seasons I never wanted to speed through the opening credits.

Once I read an interview where the creator Julian Fellowes said that some people just have bad luck – like Edith. So how perfect he changed his mind – or did he always know? Fellows gave us so much material to laugh about and discuss together.

Thank you Julian Fellowes, cast and crew for years and years of pleasure, you’ll be so missed! 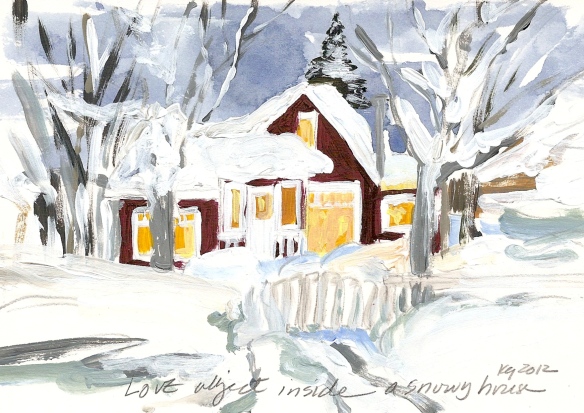 And who is this kg who misdated all these paintings – welcome her to 2016!