Busying part of the brain with words helps other parts stay engaged in hand work. In the olden days, quilting or painting stems or petals (“coloring in the lines” my friend Joanna Isles used to say) could only be accompanied by music, books-on-tape (if organized), or whatever the radio offered at that moment.

But now the wide world of podcasts means I could listen, while painting and making collage flowers for the show in June, to the British Museum’s series, “A History of the World in 100 Objects.”

The director of the museum, Neil MacGregor, narrates as he examines individual objects chosen from the collection, and includes interviews with experts in history, art, or archeology. Scholars from an object’s country of origin, or practitioners of modern day arts might weigh in – reacting to ancient forms of what they do today.

Some of the objects are rare and unique, some ceremonial, and others utterly common and ordinary. They trace human efforts in a variety of materials from bronze to a plastic credit card (I’m not there yet).

An ancient piece of papyrus titled: “The Correct Method of Reckoning for Grasping the Meaning of Things and Knowing Everything, Obscurities and All Secrets” – seems an early self-help book, says the narrator.

A very early clay tablet – a trader’s notebook – keeps track of beer. Other tablets reveal the magic moments when oral stories began to be written down – giving us the lasting ability to “inhabit the thought worlds of others.”

A stone, carved and chipped to be knife-like and used for skinning animals or similar tasks, appears more chipped than need be, more complicated. MacGregor says that’s a human tendency – to bring complexity, to imagine something extra – a tendency that he describes as leading to art. MacGregor says “making things and coming to depend on things turned us into the humans we are today.”

You can see photos of the objects on the museum’s website, but these objects often live best through words. It’s a good listen – a perfect accompaniment to making things! 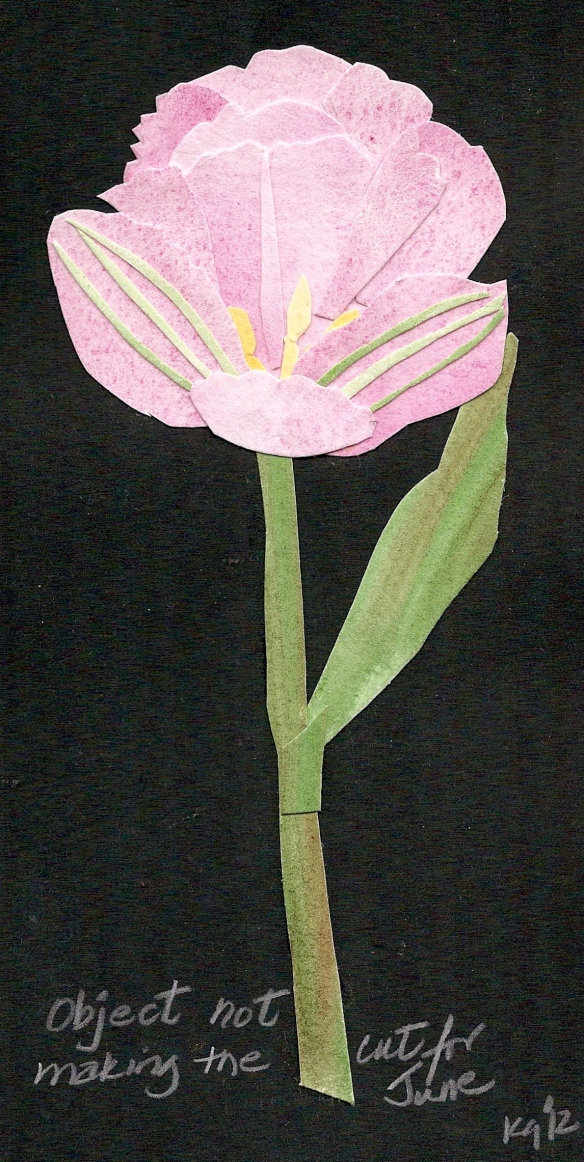