Lady Baby, in one of her earliest anointments, is likely to make me an MVP – that coveted Alaska Airlines status assuring seats toward the front of the plane. With a different kind of trip looming (more about that soon), I reached the “but if I don’t go now it will be way too long till I see her again” stage. I had no idea (in spite of warnings from friends who achieved grandparenthood ahead of me) that I would care so much about her, about supporting her life.

So I spent an early March week at Downtown Abbey and couldn’t believe the changes I found! Lady Baby’s first moments of interest in images turned into full on curiosity at the beginning of my visit – and progressed to holding our fingers, clearly thinking about her toes when they are in sight, reaching and even grabbing by the end.

Lady Baby is fully in the world now. You wonder what she’s thinking as she lies on her back and kicks legs and arms and encounters the dangling objects of her “baby gym,” making them clatter. She can hold the attached tiny wooden balls on strings that just fit in her little fist. All this is so wonderfully predictable and normal – the whole week seemed a good life, routine and quiet with a happy Lady Baby.

And eating matters – food for the staff! In spite of the dearth of recipes here lately, life has not been without cooking – and cooking in Hawaii and at Downtown Abbey is cooperative and pleasurable. As the long days of Alaska March sunshine, so bright on the snow, fill the house with light, Downtown Abbey’s kitchen is a cheerful spot.

Lady Baby’s mama and I explored a new cookbook on this trip, Lukas Volger’s “Vegetarian Entrees That Won’t Leave You Hungry” – we made his “Quinoa and Carrot Cakes.” I began, the head housekeeper finished up.

The recipe begins with one cup of rinsed quinoa cooked in two cups of water till the water is absorbed (10 or 15 minutes). Sauté two chopped shallots (we only had onions – and mincing them helps the texture of the cakes), and add eight ounces of grated carrots (we used up the carrots we had – a little more than a cup). Sauté till onions tender and carrots still “a bit crunchy.” Volger calls for a tablespoon of sherry vinegar in the pan to help gather browned bits (we used red wine vinegar).

Combine all the ingredients in a bowl – the quinoa and carrot mix, dill (fresh called for but we used dried). Stir in two beaten eggs, a half-teaspoon salt and a quarter-teaspoon pepper.

The mix forms easily into patties – making 10 about an inch thick. They get baked at 375° for 10 or 15 minutes until “crisp on the exterior and firm to the touch.” We served them hot (in shifts). Tasty! (And good in a sandwich a couple of days later.)

It was a most valuable week! 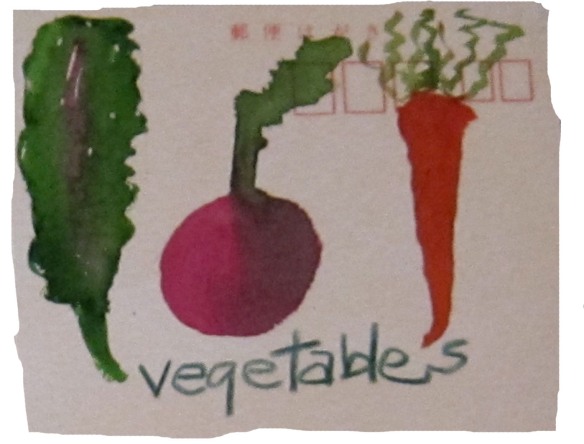